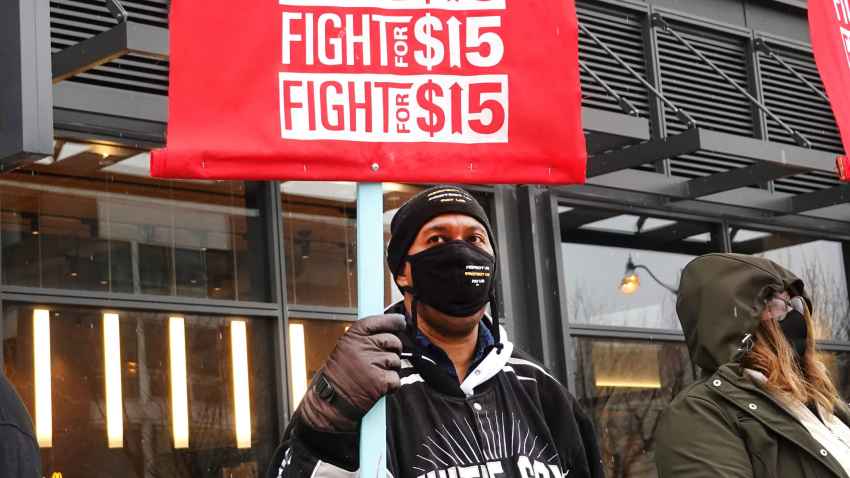 There is a real push for increasing the minimum wage to a magical rate of $15/hour. The push has manifested in over 30 states mandating an increase including my home state of Florida. Florida’s increase passed by a slim margin in November, but has joined many other states in a similar move. The wage increases for Florida begin in September 2021, shooting up to $10/hour and an increase each September reaching $15/hour in 2026. See article here. The politicians at the Federal level have been beating the drum for years on the $15/hour minimum wage and often conflating this minimum wage and living wage. Minimum Wage and Living Wage has been major platform issues for one presidential candidate in 2016 and 2020. Now, we see the Federal Minimum Wage push to $15/Hour included in the proposed $1.9 trillion stimulus package. Are we about to go from bad to worse? Or, if this government mandated increase is a good thing at $15, why only $15 and not $100/hour?

What do the Experts Say?

There are a lot of assumptions in their work, but assuming the Congressional Budget Office is an ‘expert’ they recently released a report on the impact of the wage increase.

A few of the points included in their report: In 2019, the Wall Street Journal posted an article on the results of a survey of economists on this subject.

A few points made in the article about the survey: Other surveys of economists paint a more rosy forecast of increasing the minimum wage. This article by the Journalist’s Resource minimize the job loss of increasing minimum wage and place the fall out to teenage jobs.

A survey conducted in 2015 had results where the economist predicted a more dire outcome of increasing the minimum wage. Two key findings of the survey as reported by the Employment Policies Institute:

What to Make of the Predictions and Expert Opinions?

The numbers can be slanted to show the desired predicted outcome. The way assumptions are used can change the expected results. And, the numbers can be presented to support the opinion of the political bias of those conducting the survey or those writing the articles of the results. This discussion about minimum wage that is mandated by the government is not a new discussion. Here is an excerpt from an interview that Milton Friedman did with Playboy Magazine in 1973. As one of the leading and most famous economists in US History, I believe this is a good and simple way to think of the impact of mandating a minimum wage and increases to it:

FRIEDMAN: How is a person better off unemployed at a dollar sixty an hour than employed at a dollar fifty? No hours a week at a dollar sixty comes to nothing. Let’s suppose there’s a teenager whom you as an employer would be perfectly willing to hire for a dollar fifty an hour. But the law says, no, it’s illegal for you to hire him at a dollar fifty an hour. You must hire him at a dollar sixty. Now, if you hire him at a dollar sixty, you’re really engaging in an act of charity. You’re paying a dollar fifty for his services and you’re giving him a gift of 10 cents. That’s something few employers, quite naturally, are willing to do or can afford to do without being put out of business by less generous competitors. As a result, the effect of a minimum-wage law is to produce unemployment among people with low skills.   FRIEDMAN: In 1956, I think, the minimum was raised from seventy-five cents to a dollar—a very substantial rise. In the early Fifties, the unemployment rate among male teenagers was about the same for blacks as for whites. Both were about eight percent when the over-all unemployment rate was about four percent. In the late Fifties, after the minimum-wage rate was raised from seventy-five cents to a dollar, the unemployment rate of black teenagers shot up from eight percent to something like 20 to 25 percent. For white teenagers, it shot up to something like 13 percent. From that day to this, the rates for both black and white teenagers have been higher than before 1956. When they start to decline, a new rise in the minimum-wage rate comes along and pushes them up again. The black teenage rate has been very much higher than the white teenage rate, for reasons that are highly regrettable and that we ought to be doing something about: Blacks get less schooling and are less skilled than whites. Therefore, the minimum-wage rate hits them particularly hard. I’ve often said the minimum-wage rate is the most anti-Negro law on the books.

With all of the data that is available now of what happens when the government interferes with the free market, unintended consequences happen. If the objective of increasing the minimum wage is to benefit the low skilled and those on the low end of the pay scale and mandating an increase causes those same people to be without a job, should the intervention be done? If you justify a mandated minimum wage, what is the right amount? How much unemployment justifies the increase? Who sets the wage and what is it based on? Why not let the market forces determine the fair wage to pay? If a government body is deciding the rate is $15, can the decide it should be $20 or $30 or $100? Can the intervening governmental body predict all of the consequences of mandating the increase at any level?